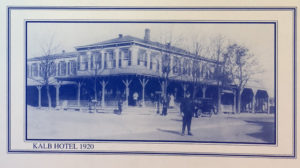 Did you know that the bank credit card was invented in Franklin Square, NY? Or that one of the greatest figures in American literature, Walt Whitman once taught in the local public schools? Or that Franklin Square was once the largest town in the United States without a railroad? All these things are true, and just a sample of the local heritage of Franklin Square. The history of Franklin Square is worth preserving and that is the mission of the Franklin Square Historical Society: to collect, compile and explain the past before it is forgotten or dispersed.

Franklin Square history is of special interest to local citizens. It is a history in which locals have directly participated, and, which many vividly remember. But local history such as this is much more important than simply nostalgia. The development of a village such as Franklin Square sheds light on the United States, for it is a microcosm of American History. The great forces of American History – suburbanization, immigration, agrarian life, prosperity and depression – shaped Franklin Square. As such it is a case study, a thread in the tapestry of our nation’s history.